We want to help your students thrive!

Our team of professional teachers wants to provide the highest quality resources possible, and genuinely desires to help you save time, create fun and engaging piano lessons for your students, and have a studio full of musical students who look forward to their lessons each week!

Click each picture to meet our team of fabulous teachers. 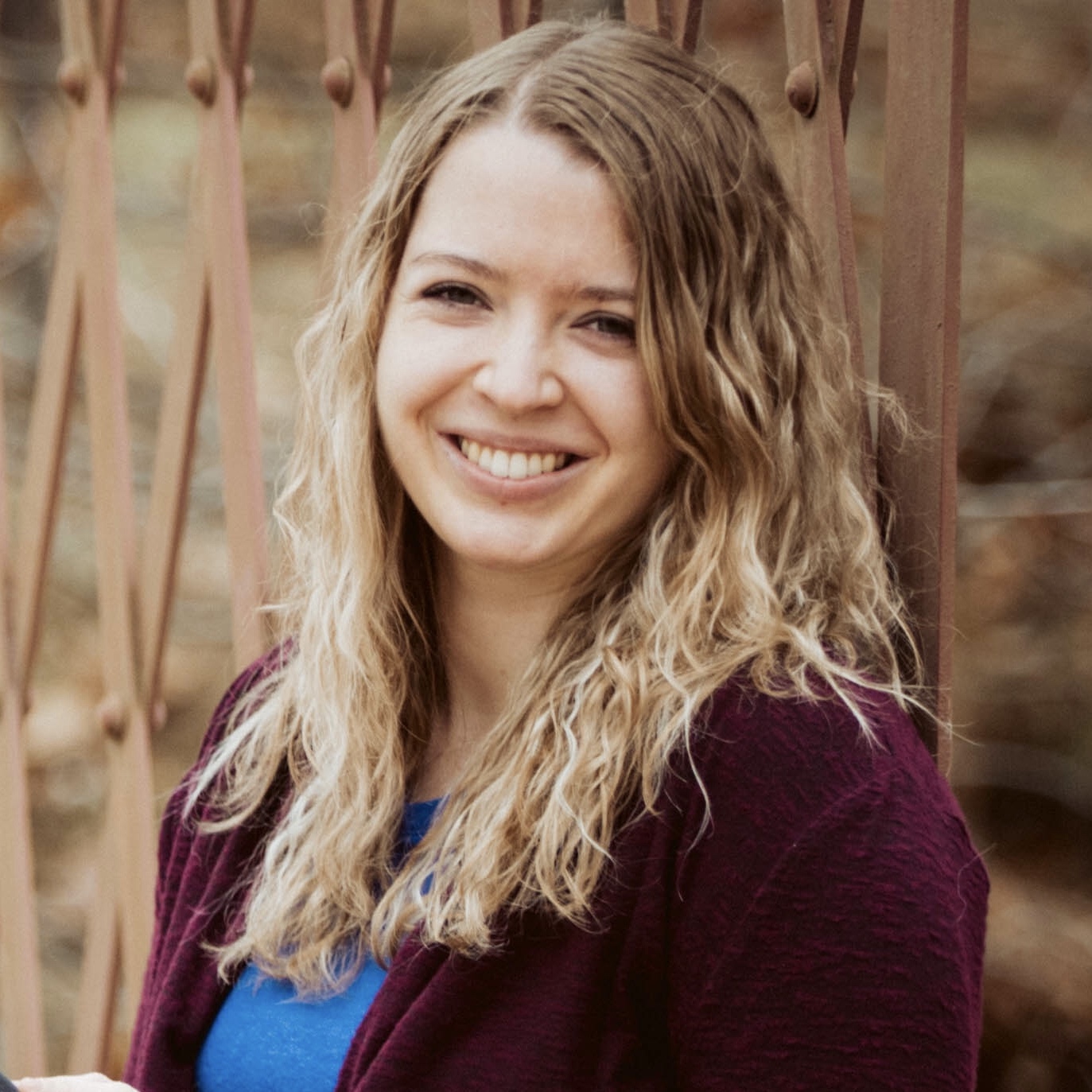 Sara Kreilein is a piano teacher and composer residing in Indianapolis, Indiana, USA. She has been a pianist for over 20 years and first began teaching privately in 2008. Sara established her private teaching studio, Sara’s Piano Studio LLC, in 2013 and has maintained a full schedule and lengthy waitlist for many years.

Sara serves as chair of her local National Federation of Music Clubs festival in which she manages all aspects of planning through execution.

In 2020 she began digitally publishing sheet music for growing piano students of all ages. Sara truly has a passion for composing and loves to write music that will capture the imagination and fulfill a variety of learning needs. In addition to teaching and composing, she enjoys accompanying a variety of soloists in district and state competitions.

Sara is grateful to have had the opportunity to study piano with instructors who are nationally and internationally influential in the world of piano pedagogy and performance: Andrew Hisey, E.J. Choe, Alan Weinberg, and Dana Milan. She admired them for their kindness and expertise in influencing who she is today. In addition to completing a significant amount of music coursework during college, Sara also has performance and pedagogy certificates from the Royal Conservatory of Music with First Class Honors and Honors with Distinction. She actively pursues continuing education opportunities to keep her teaching engaging, fun, and effective for students.

Sara’s favorite aspect of teaching is getting to witness the confidence and joy that music can bring to students and to those whom they share it with. 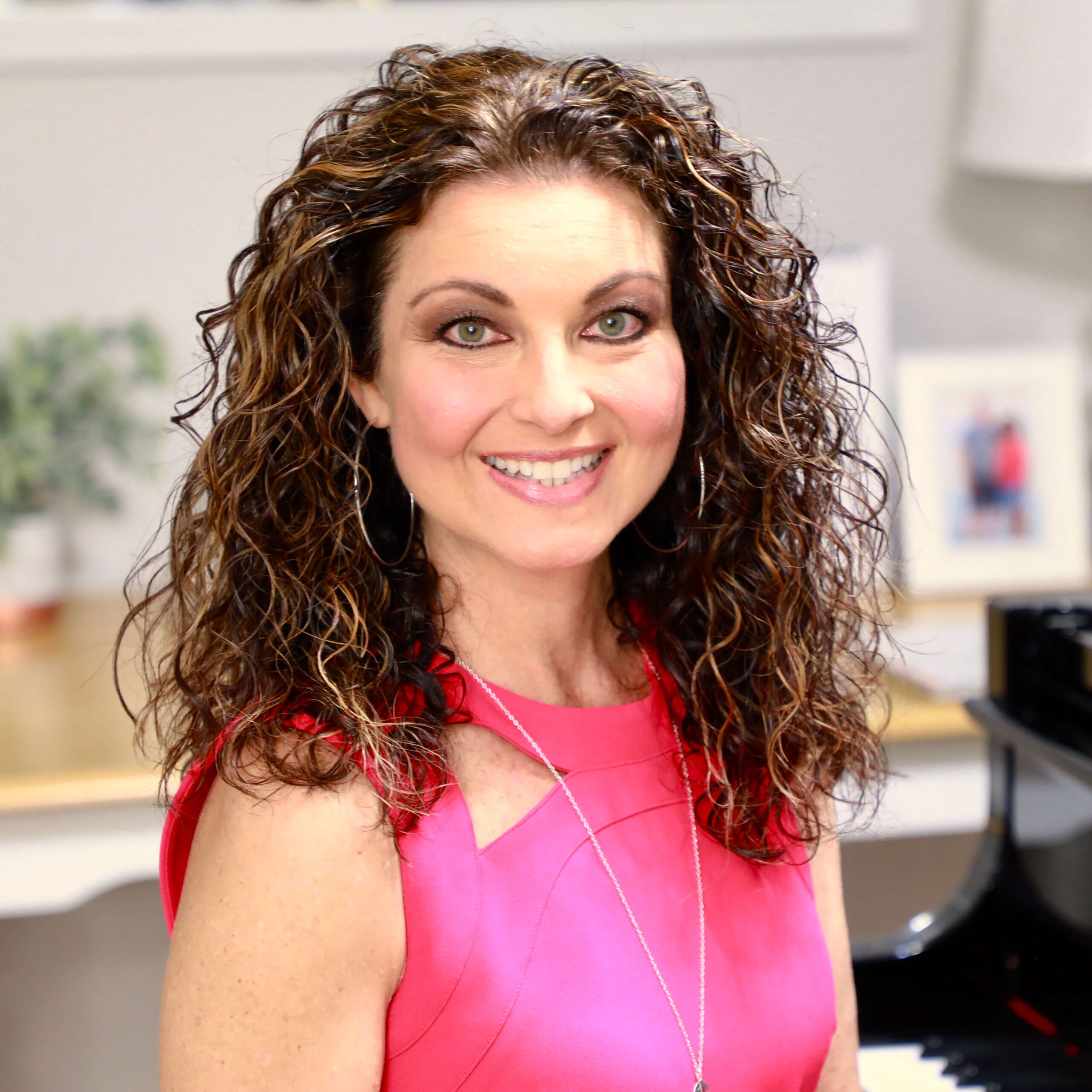 Dr. Melody Hanberry Payne is a classically trained pianist and enjoys teaching piano lessons in her home studio to children of all ages and abilities. She strongly believes there is music in every child, and it is her joy to help every student she teaches to fall in love with music. Additionally, she writes blog posts for piano teachers, and she enjoys spending time creating and selling educational materials in her online music resources store for music teachers and students around the world.
Melody is a Nationally Certified Teacher of Music who began her full-time teaching career at Virginia Commonwealth University. She has also taught at Louisiana State University, Sterling College, Mississippi College, and Emory and Henry College. In 2009, Mississippi College presented her with the Pittman Young Faculty Award for excellence in teaching and for leading and directing the Taylor School, the MC Department of Music’s musical outreach program for children and adults in the community. Additionally, Melody designed and administered the Piano Pedagogy Master’s Degree Program at Mississippi College.
Dr. Payne holds a Bachelor of Music in Piano Performance from William Carey University in Hattiesburg, Mississippi, and a Master of Music in Piano Pedagogy and Doctor of Philosophy in Music with dual emphases in music education and piano pedagogy from Louisiana State University, Baton Rouge, where she studied piano with Constance Carroll and piano pedagogy with Dr. Steven L. Betts. She is a member of the Music Teachers National Association, the Virginia Music Teachers Association, and served as President of the Blue Ridge Music Teachers Association.
She has presented research on practicing, early- and intermediate-level pedagogical piano compositions, and piano performance accuracy at the National Conference of the Music Teachers National Association, the National Conference on Keyboard Pedagogy, and the Mississippi Music Teachers Association State Conference. She has presented lecture recitals and workshops on beginning group keyboard experiences, intermediate piano literature, practicing, online piano lessons, and technology in the piano studio at local, state, and national levels.
Melody and her adventure-loving husband Greg live in Marion, Virginia, a small town nestled in the beautiful Blue Ridge Mountains.

Elizabeth received her Bachelor of Music in Piano Performance and Music Education at the University of Cincinnati-College Conservatory of Music. She was fortunate to study with Eugene Pridonoff and Richard Fields. While Elizabeth was completing her degree she focused on accompanying and collaborative playing, performing both locally and internationally with well-known instrumentalists and vocalists. She was trained to teach in the classroom as well with an emphasis on choral music and general music education K-12.
Ms. Swift currently runs a diverse private piano studio in greater Cincinnati, working with a wonderful group of preschoolers to adults. She is classically trained, but she incorporates all styles of music in her studio and is passionate about teaching composition, improvisation, and other forms of creativity through the piano. She is actively involved in her local music teaching organizations.
Although Elizabeth embraced composition wholeheartedly in her formal training, it wasn’t until she began playing piano with her church’s worship team that she, quite suddenly, realized she didn’t need a music score in order to play music she enjoyed. This latent ability to improvise quickly developed into a great love of composing.
Elizabeth composes unique piano music for a wide range of ages and abilities, and brings a fresh and appealing perspective to all of her arranged pieces. Many of her compositions are appropriate for the professional pianist as well, as they are tasteful and fitting for a variety of performance settings. Her work is widely available and has also appeared in the National Federation of Music Clubs Bulletins.
From Ms. Swift: “All of my pieces evoke an image or feeling, which makes it easier for students to play them expressively. I aspire to create beautiful compositions that are modern and somewhat surprising or with subtly unique harmonies, hopefully inspiring a deeper connection between the music, the player, and the listener.”
Elizabeth, her wonderful husband, and their 4 children, enjoy traveling, making music together, and hiking with their 2 Australian Shepherds, Luna and Leo. 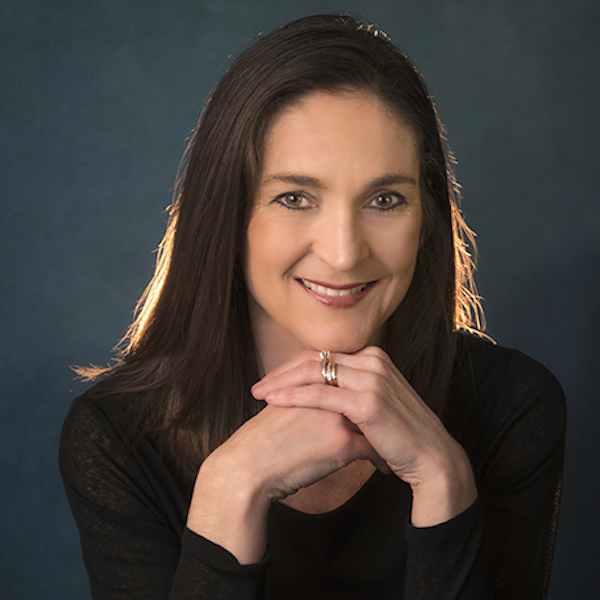 Pianist Jennifer (Walsh) Bowman is a native of Olympia, WA, who has earned degrees in Piano Performance, Piano Pedagogy and Collaborative Piano from Whitman College, Northern Illinois University and The Juilliard School.  She studied with Janet Mooney, Leonard Richter, Lee Thompson, Debra Bakland, Donald Walker, Margo Garrett, Jonathan Feldman, Rohan de Silva, Brian Zeger and Samuel Sanders.  Currently she is studying jazz piano with Michael Stegner.
She has performed in most of the major concert venues in the Pacific Northwest including Benaroya Hall, Nordstrom Recital Hall, Meany Hall, Seattle Art Museum, The Frye Museum, Lagerquist Hall, Minnaert Center, Schneebeck Hall, Karen Hille Phillips Center, Icicle Creek and The Washington Center.  Professionally she has worked with Seattle Opera, Seattle Symphony, The Fifth Avenue Theatre, Capital Playhouse, SOGO, Academy of Music Northwest, Seattle Conservatory.  She has also performed live on KING FM 98.1 several times.
A music educator for over 30 years, Ms. Bowman has taught piano from the elementary to the collegiate level (Pacific Lutheran University).  Her students consistently gain recognition and win prizes in all sorts of competitions.  She is also an experienced vocal coach with over 25 years of experience in art song and operatic repertoire.  She is an active and versatile collaborative pianist and participates in a large variety of musical events every year, including appearances throughout the country with noted operatic baritone, Lester Lynch.
Ms. Bowman believes strongly in giving back to the community and has spearheaded many musical events such as:  regular monthly performances at retirement centers, musical performances at Olympia Arts Walk and creating arts enrichment programs at local elementary schools.
Students describe her as an instructor who maintains high standards, yet approaches each individual with “enthusiasm,” “boundless energy,” and “using positive feedback.”  She truly loves the challenge of creating an individualized course of study for each student, as she believes that there is a distinct place for each of us in the musical world.
Jennifer has been creating music all of her life, but only recently started recording and notating her compositions.  She writes music for media as well as solo piano. To date, she has released three solo piano albums and is always working on piano solos and arrangements—both for pedagogical purposes and solo players.  She also enjoys creating videos for her YouTube channel, Olympia Piano, to help her own students, as well as those studying piano all over the world.
She lives in Olympia, WA with her husband and two sons.  Other interests include running with friends, traveling to NYC as often as possible, and spending time with extended family.  www.jenniferbowmanmusic.com 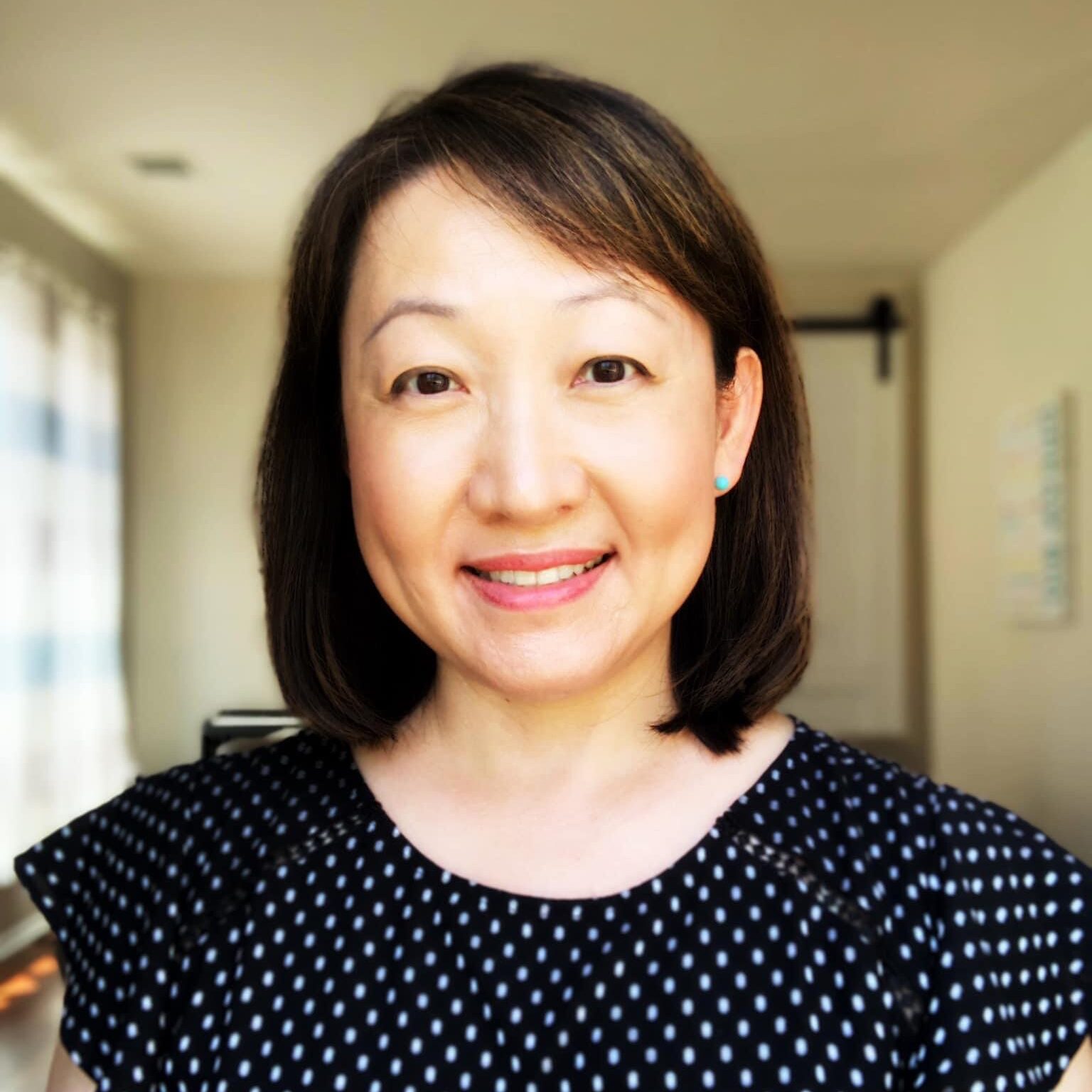 Susan Hong is a pianist, educator and artist in San Antonio, Texas. She grew up in New Jersey most of her life but now calls San Antonio home and has a successful studio with over 60 students. Susan graduated from Rutgers University with a double major in Piano Performance and Biology degree. She has mainly studied piano with Haewon Song and Chester Smith while in college. When moving to San Antonio in 2005, she was fortunate enough to find nationally known clinician Elizabeth Gutierrez and studied with her for 8 years. For the past two years, Susan has been studying with Taubman teacher Brenna Berman.
While residing in San Antonio, Susan became a Nationally Certified Teacher of Music through MTNA for piano performance. Moreover, in June 2021, she was also awarded a grant by MTNA for furthering her education with a Taubman professor this fall. Another notable grant Susan received was NFMC (National Federation of Music Clubs) grant by Dr. Ouida Keck for Professional Development for Independent Piano Teachers. From this project, the Facebook group Piano Teacher Support: Students with Disabilities or Special Needs was born. This community has grown to over 3,200 professionals of music therapists and music teachers who come together to support and help each other.
With many years of teaching experience since age 16, Susan is constantly brainstorming to see what kind of materials are needed for her students and others to excel in music. Whether it's flashcards, theory worksheets or motivational mandala coloring pages, her student's keep inspiring her to be a better teacher. Her students are the driving force to creating materials that will make learning exciting and fun!!
Susan truly loves teaching all styles of music to young and adult students.  Other than teaching all week, she loves to learn about being an entrepreneur, investor and gardening. 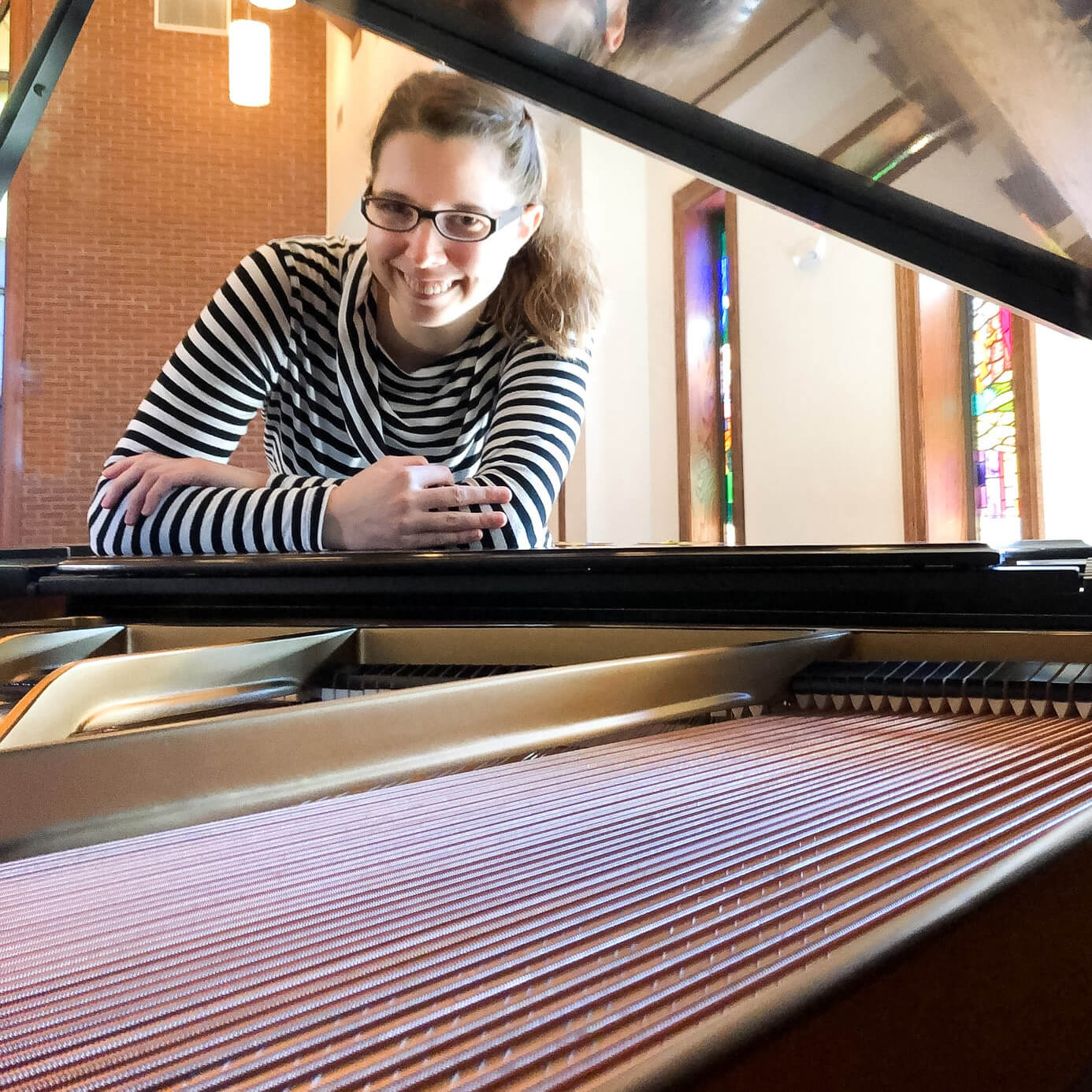 There is something beautiful and timeless with old hymns. The truths of the lyrics ground our hearts and settle our souls.

Amanda started arranging hymns for herself in her teens, with fast and furious advanced hymn settings. Then, as her students began requesting hymns at their levels, she branched out to hymn arranging for pedagogical reasons.

Because of Amanda’s interest in various genres, in her shop, you will find hymn arrangements of various levels embracing classical elements, light jazz style, Southern Gospel flair, and more.

Music has always been a part of Amanda’s life–from her mom singing Steve Green specials to her dad honking out the rhythm of “Jingle Bells” in the driveway. She began teaching in 2007 and fell in love with sharing music.

She has recorded several piano solo albums (available on most streaming platforms under “Amanda Tero”) and self-published hundreds of hymn arrangements.

Ten years after graduating highschool, Amanda decided to continue her education and received her Associate of Arts in Piano Performance. She is finishing her education at William Carey University. 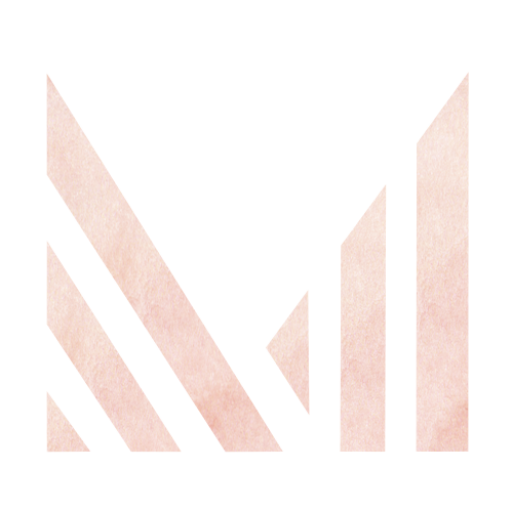